Category of Screen Based Practice Research 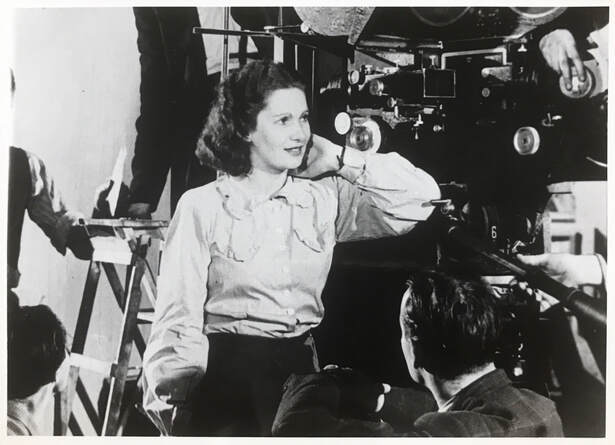 Lizzie Thynne
(University of Sussex)
Dubbed ‘Britain’s first woman director’ in the publicity around her films of the 1940s, Jill Craigie’s work combined drama and documentary, polemic and humour to imagine a new Britain in the wake of World War 2. She tackled new subjects for the cinema such as equal pay (To Be A Woman, 1951), town planning (The Way We Live, 1946) and artists at work (Out of Chaos, 1944). Independent Miss Craigie is a feature documentary that explores the production, distribution and reception of her films. By drawing attention to how these contexts affected their form and the director’s public profile, it aims to interrogate dominant discourses about talent, creativity and authorship which underpin both the film industry and some film histories. The documentary is narrated in the first person, using Craigie’s voice extensively to counterpoint her specularization as an exceptional woman director in the masculine world of film. A dual narration embodies the splits in Craigie’s self-presentation across her life, and suggests the impact of the gendered hierarchies of both film production and marriage on her identity in later life. The project draws on other biographical documentaries such as I’m not Your Negro (Peck, 2016), Stories We Tell (Polley, 2013) and Un Ora Sola Ti Vorrei (Marazzi, 2003) to expand and interrogate the genre and is informed by oral history’s understanding of the ways popular memory informs an individual’s telling of their story.
​What the judges had to say
"Taking a hybrid documentary approach, this important and accomplished piece of media archaeology unearths a much neglected female filmmaker. This film not only provides a revealing insight into the critical process of filmmaking, but also the foundations of effecting change in the industry."

['WE’RE IN THIS TOO': Upcycling Filmmaking Methodologies to Create Narrative Space for those Without a Voice

Nic Blower
(University of Essex)
This practice-as-research project on first person perspective filmmaking makes a practical and critical intervention in discourses on the ‘video diary’. The output of this project is a forty-minute documentary film 'WE’RE IN THIS TOO' (Blower, 2021). Filmed in late summer 2020 following an extended period of lockdown, four young people with professional cameras and sound equipment filmed themselves and their families’ lives. It was a crucial point in their lives as they prepared to return to school after a six-month break. The resulting film is their personal reflection on that difficult and uncertain time, and one they were concerned could have a lasting effect on their mental health and subsequent wellbeing. In agreeing to take part, they wished to make a difference and have their voices heard. In producing and facilitating the film my aim was to provide them a narrative space and a platform for their thoughts. Given some documentary camera training, they filmed constantly for two and a half weeks. The filmed material demonstrated a remarkable understanding of documentary storytelling and the use of the camera as a provocateur. Having grown up with cameras in their hands and from continual exposure to social media storytelling platforms, these four contributors exhibited strong filmmaking skills that went beyond technical accomplishments. The level of filmmaking exhibited I would argue marks them out as the next generation of filmmakers, who are already living post YouTube lives.
What the judges had to say
"A beautifully edited, moving and engaging co-creation using video diary with young people during the pandemic."

Iorram (Boat Song)
​
Alastair Cole
(Newcastle University)
Iorram (Boat Song) is a 97-min feature length documentary set in the Outer Hebrides in north west Scotland. It explores the role of the Scottish Gaelic language, and its historically recorded stories, songs and retelling of events, in the understanding of the contemporary significance of the sea and fishing industries to the island’s cultural, and particularly linguistic futures. The film combines Gaelic language sound archive recorded by ethnographers in the middle of the 20th century with contemporary observational documentary images filmed with the fishing community in the islands today. The project examines these links between Gaelic and fishing, as well as explores of the capacity of sound archive led creative documentary filmmaking to foster connections between the past and present for audiences. It also investigates the potential of folk music repertoires to be engaged and interacted with within new cinema scores, and finally, through its wider development, production and distribution, it investigates the potential mutual benefits of academic-broadcast-film industry collaboration. The film was released at the 2021 Glasgow Film Festival, went on to be be released theatrically in the UK and Canada, be selected for film festivals internationally and broadcast on BBC Alba / iPlayer. You can see more on the film and project at www.iorramfilm.com.
What the judges had to say
"Deep diving into rich poetry of the language, this is an evocative portrait of community in the Outer Hebrides." 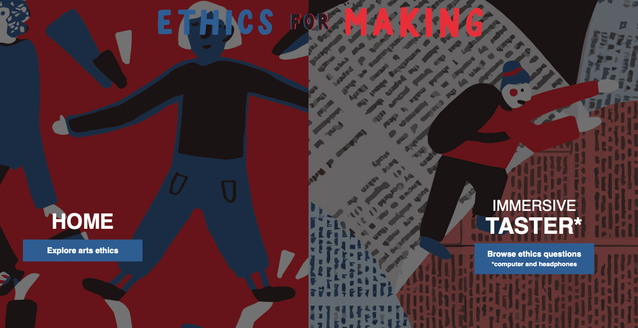 Pratap Rughani
(University of the Arts, London)
Ethics for Making (https://ethics.arts.ac.uk/) is a free digital resource that provides a space for students, teachers and makers to explore ethics in creative practice. Led by Professor Pratap Rughani, Associate Dean of Research at London College of Communication, University of the Arts London, in association with Lotus Films, the team developed a resource that is available worldwide. / Launched on 15 October 2020 the resource is hosted on the University of the Arts London website. There are two entries in, as a solution to the need to provide an accessible experience to all. An Immersive Taster provides an innovative browsing experience using specialist software, Klynt. Klynt enables audiences to engage with film through particularly responsive methods and is designed to pique interest in exploring the main body of material held in Home. / Focusing on five key themes of consent, representation, responsibility, freedom and collaboration, the short video and audio clips invite audiences to explore ethical considerations through the lens of Professor Pratap Rughani’s documentary film, "Justine", which follows a young woman living with severe neurological disorders in the lead-up to a milestone birthday. / Grown from a beta site and using the responses of a range of filmmakers, teachers and students to "Justine" and the new site, both have been shared internationally at conferences, film festivals, online teaching and personal browsing sessions. Although primarily developed as a teaching tool, film and documentary audiences can freely access the film and the site to engage in discussions on ethics usually confined to educational settings.
​What the judges had to say
"An invaluable and detailed set of interactive resources on the ethics of filmmaking."

Category: Videographic Film Criticism
The Elephant Man’s Sound, Tracked sets out to investigate the clean-up of a line of dialogue, ‘I am not an animal, I am a human being, a man, a man’, in David Lynch’s The Elephant Man (1980), and explores the possibility of an alternate soundtrack or even picture edit being cut for the film. Through archival research, interviews, close textual analysis, and videographic criticism, I propose that The Elephant Man offers a significant case study in critical post-production studies. This audiovisual essay concludes with a reflection on a moment in 1980 when the role and term sound designer was just coming into use – prior to The Elephant Man it had been used on Apocalypse Now (Francis Ford Coppola, 1979) – and posits that there were significant tensions during post-production on The Elephant Man due to the workflow encompassing both unionised and non-unionised personnel.
What the judges had to say
"A well-crafted and riveting investigation into a critical moment of transition within the film industry."

Essay Film Two: Of Walking On Ice and Other Field Studies – Part One: The Essence of Landscape

Adam Laity
(University of the West of England)
Cinematographic Approaches Towards the Eco-sublime Landscape – a Practice-Led Enquiry is an investigation into visual representations of the evolving nature of sublime landscapes through the practice of digital cinematography. Contextualised through discussion of the philosophical sublime, and the visual sublime landscape in painting, photography and cinema, the enquiry is based on detailed autoethnographic field-notes that were made during filming in various locations, including Dartmoor and the Arctic. / These notes make explicit the tacit or embodied knowledge drawn from my cinematographic practice by exploring the technological and practical aspects concerning how sublime landscapes might be captured (including the use of drones and camera stabilization) as well as my own emotional and physical experiences of these landscapes, drawing on affect theory. This practice-led research is accompanied by a critique of the problematic elements within the sublime historically, namely its subjective nature and its overwhelmingly masculine perspective. / The understanding gained from my cinematographic practice is explored through the construction of essay films, whose blend of words and images offer the most appropriate way to represent the insights gained cinematographically; and in the major thesis artefact, the multi-award-winning film-poem A Short Film About Ice. / In 'Essay Film Two: Of Walking On Ice and Other Field Studies – Part One: The Essence of Landscape' I discuss my general cinematographic approaches towards beautiful, sublime and eco-sublime landscapes.
What the judges had to say
"An insightful and well researched set of critical video essays."